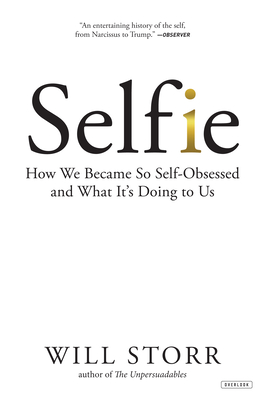 Selfie: How We Became So Self-Obsessed and What It's Doing to Us (Hardcover)

Will Storr is an award-winning novelist and long-form journalist. He has reported from refugee camps in Africa, war-torn rural Colombia, and remote Aboriginal communities in Australia. He is a contributing editor at Esquire, and his work has appeared in The New Yorker, The Observer, The Sunday Times, and The Guardian. In 2012, he was presented with the Amnesty International award for his work on sexual violence against men. In 2013, his BBC radio series won the AIB award for best investigative documentary. He is author of Selfie and The Unpersuadables(available from Overlook), Will Storr vs. The Supernatural and The Hunger and the Howling of Killian Lone.